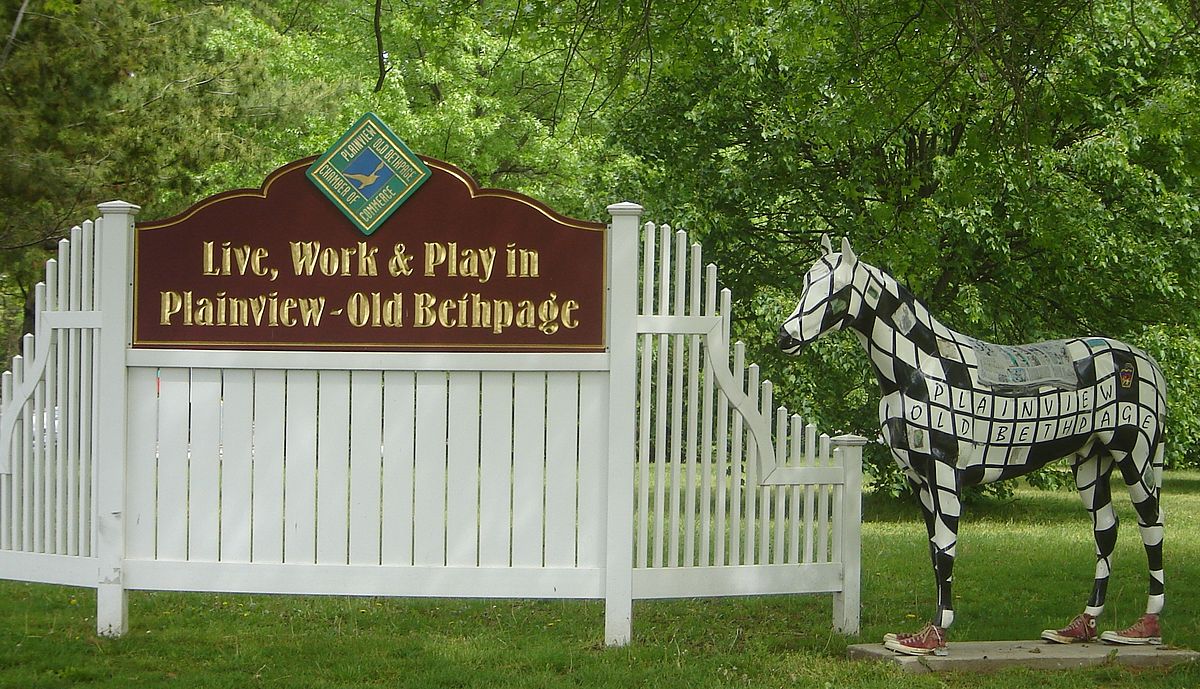 Plainview’s origins dates to 1648, when Robert Williams, a settler from Wales, bought land in the area. The land was considered desirable for farming because of a small pond named the Moscopas by local Native Americans, meaning “hole of dirt and water”. The remainder of the land in the area was purchased by Thomas Powell in 1695 as part of the Bethpage Purchase. The name “Mannatto Hill” had already appeared on the 1695 deed of the Bethpage Purchase, and the settlement came to be called “Manetto Hill”. Manitou was the Native American word either for “god” or for “spirit”. The 1837 arrival of the Long Island Rail Road to nearby Hicksville brought a boom to local farming. In 1885, residents of Manetto Hill petitioned the United States Postal Service for a local post office but were turned down because, according to several accounts, a similar name was already in use upstate. The hamlet was then named “Plainview”, for the view of the Hempstead Plains from the top of the Manetto Hills.

Plainview remained a farming community, famous for growing cucumbers for the huge Heinz pickle factories located in nearby Farmingdale and Hicksville. In the early 1900s blight destroyed the cucumber crop and many farmers switched to potatoes. After World War II, a potato blight combined with the desire of many returning GIs to leave New York City for the more rural Long Island, convinced many farmers to sell their property, leading to massive development in the area, giving rise to so-called suburban sprawl. Between 1950 and 1960, Plainview continued growth and the hamlet grew from a population of 1,155 to more than 35,000 Most of the available land was developed during this period or otherwise designated as parkland. While overall development declined it did continue sporadically as smaller remaining parcels of land were also developed. In recent years, some of few large remaining parcels have given way to gated communities, which are in contrast to most housing in the area. Some of these developments include “The Hamlet on Olde Oyster Bay” and “The Seasons at Plainview”, a residential community focused on over age 55 residents and first time home buyers. As of a 2010 census, there were 26,217 people; 8,963 households; and 7,396 families residing in the CDP. The population density was 4,573.0/sq mi (1,765.64/km2). There were 9,281 housing units. The racial makeup of the CDP was 91.8% White, 7.5% Asian, and .07% from two or more races. Hispanic or Latino of any race were .03% of the population.